Battery Queuing – What is it?

Battery Queuing (BQ) is an optional licenced feature for Enatel’s G3 modular charger range that allows a group of chargers to operate as a battery queuing system.

The battery queuing feature has the following benefits:

A battery queuing group is created when one charger is configured as a group controller, which sets the name of the group.  Other chargers on the same network can then join this group as participants.  Chargers can connect to a network using both Wi-Fi and Ethernet, and multiple groups can coexist on a single network.  This network does not need to be specifically reserved for G3 chargers, or for the purpose of battery queuing.

The group controller charger is able to consider the status of its own battery as well as those connected to chargers participating in the queue.  It determines which battery is most suitable for use based on one of two prioritisation methods:

Operator Indicators – Next Battery for Return to Service

The group indicates which battery is selected for return to service next as follows. 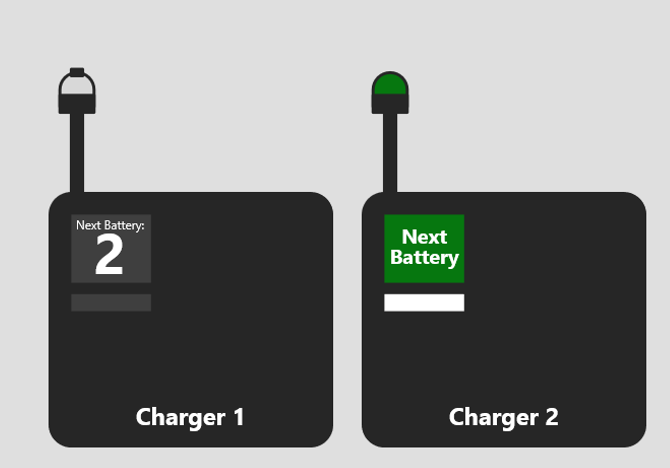 The group indicates when the wrong battery is taken as follows. 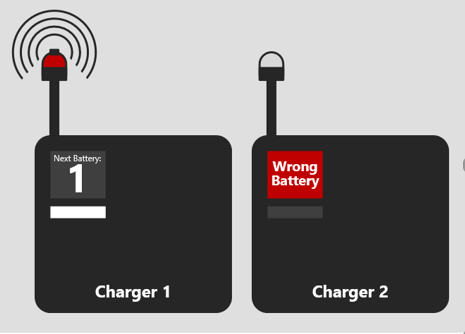 The optional external alarm buzzer is louder than the standard buzzer fitted to all G3 chargers.

To learn more about battery queuing or our G3 range of chargers please contact the Motive Power team.

We use cookies on our website to give you the most relevant experience. By continuing to use the site you accept this policy. Learn more.
Accept
Manage consent

This website uses cookies to improve your experience while you navigate through the website. Out of these, the cookies that are categorized as necessary are stored on your browser as they are essential for the working of basic functionalities of the website. We also use third-party cookies that help us analyze and understand how you use this website. These cookies will be stored in your browser only with your consent. You also have the option to opt-out of these cookies. But opting out of some of these cookies may affect your browsing experience.
Necessary Always Enabled
Necessary cookies are absolutely essential for the website to function properly. These cookies ensure basic functionalities and security features of the website, anonymously.
Functional
Functional cookies help to perform certain functionalities like sharing the content of the website on social media platforms, collect feedbacks, and other third-party features.
Performance
Performance cookies are used to understand and analyze the key performance indexes of the website which helps in delivering a better user experience for the visitors.
Analytics
Analytical cookies are used to understand how visitors interact with the website. These cookies help provide information on metrics the number of visitors, bounce rate, traffic source, etc.
Advertisement
Advertisement cookies are used to provide visitors with relevant ads and marketing campaigns. These cookies track visitors across websites and collect information to provide customized ads.
Others
Other uncategorized cookies are those that are being analyzed and have not been classified into a category as yet.
SAVE & ACCEPT