Read how to maximise the potential of a hybrid power system.  SYNERGi is used across multiple sites to enhance site set-up and maintenance at off-grid locations that rely on hybrid power. 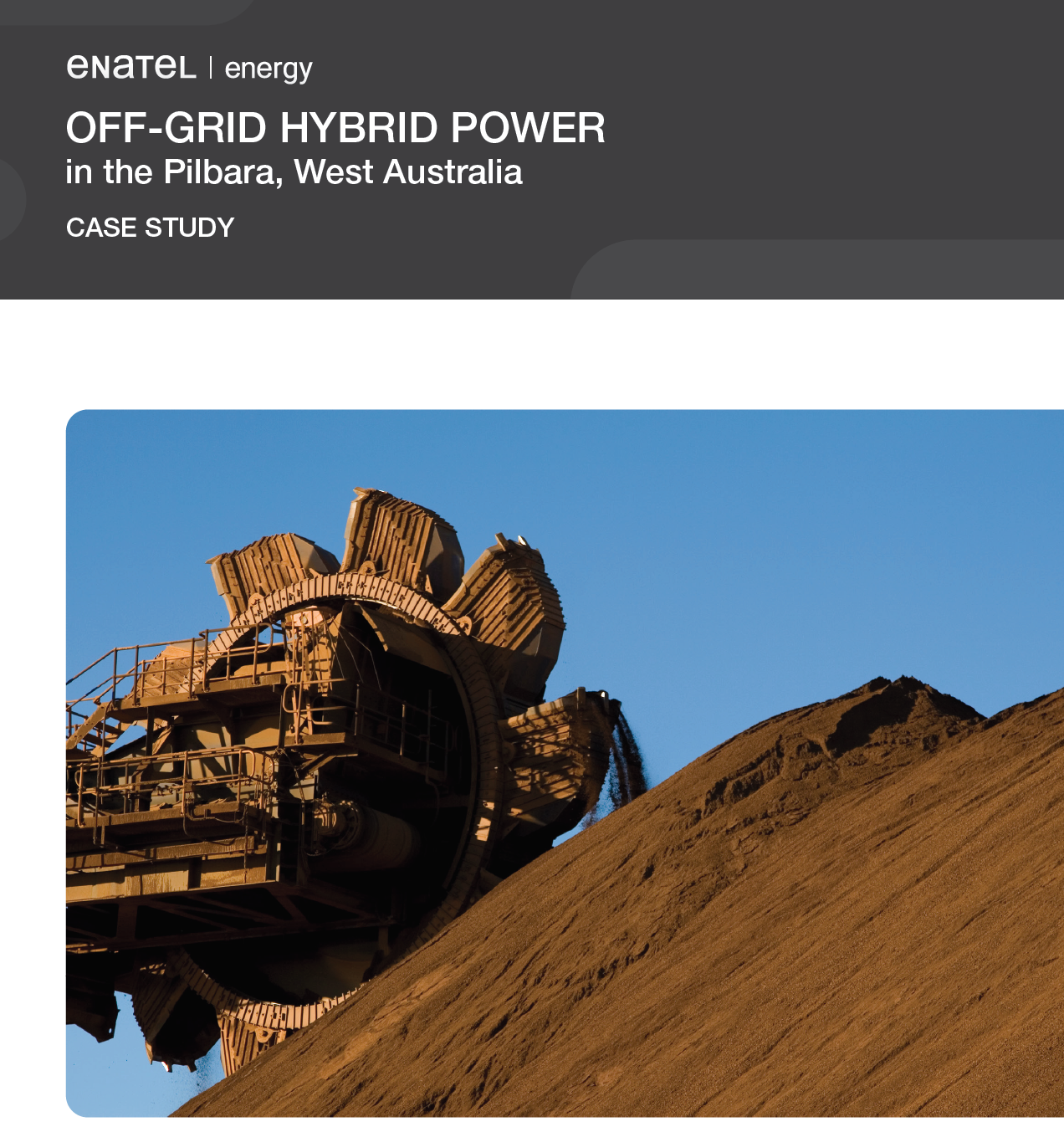 The red earth of Western Australia’s Pilbara region stretches for more than half a million square kilometres across an ancient landscape famed for its minerals. The backbone of Western Australia’s economy since the 1930s, the Pilbara, is an important region locally and globally thanks to the value of the iron hidden beneath its sparsely populated soil.

Yet to say it’s a tough environment is an understatement in the extreme. In the 1920s, Pilbara’s Marble Bar set the world record for the most consecutive days above 100°F (37.8°C) and in the Southern Hemisphere summer, it’s best to plan for 45°C temperatures. Inland winter temperatures, on the other hand, can drop to 0°C.

The Pilbara’s climate is both arid and tropical. Some say the region took its name from the Aboriginal word for ’dry’ (bilybara), yet its summer storms can be cyclone-strength. Downpours are rare, but they strike with thunderstorm ferocity.

Within this region, operates one of the smartest train lines in the world.

The Mount Newman Railway, a 426km train line from Newman to Port Headland, to transport valuable iron ore out of its mines at Newman using some of the world’s longest and heaviest trains.

The trip takes about eight hours, with (typically) almost three kilometres of iron-ore wagons, each hauling up to 138 tonnes across Pilbara’s dry and unforgiving landscape. In 2001, the line broke the world’s records for longest and heaviest trains with a 682-carriage train that measured more than seven kilometres from engine to caboose.

Communications on the Mount Newman Railway have been upgraded since the line first opened in 1969, with voice and data travelling over fibre and microwave linked repeater sites as part of digitally trunked VHF radio and SDH transmission systems. However, with technology advancement came a need for Long-Term Evolution (LTE) telecommunications.

The standard enjoyed by smartphone users in much of the developed world’s cities, 4G LTE is an entirely different prospect in one of the most remote and rugged places on earth. The infrastructure needed to be created, and in such a way that it can withstand everything the Pilbara can throw at it.

Yet it’s an absolute requirement for effectively running a heavy haul train service. Everything from ensuring maximum efficiency to simply notifying the rail-modified service trucks when to get off the line all relies on reliable split-second telecommunications.

And that meant communications power had to be reliable too, as well as economic to run and offering as much control as possible.

SYNERGi is used across the world to enhance site set-up and maintenance at off-grid locations that rely on hybrid power. Typically managing batteries charged by solar panels and diesel genset back-ups, SYNERGi can be found everywhere from cell tower sites in the deserts of Mexico to powering small remote communities in Africa and the Pacific.

Unlike its competitors, it offers rugged, patented Kiwi technology based around dynamic capabilities that take away as much manual interaction as possible. In the process, it extends the life of battery assets, reduces emissions where diesel is used, and minimises overall site-specific operational costs (OPEX) by up to 90%*. Powering everything from communications to air conditioning is optimised to minimise OPEX and environmental impact, and maximise usability.

And it does it all from one hub typically no bigger than a two-metre tall 19-inch rack installation.

Alternatives would have seen core systems such as communications, and building lighting, alarms, and air conditioning all powered from separate systems that require separate set-up and training for personnel.

Enatel Energy worked on-site to tailor the capabilities of SYNERGi  on 22 greenfield sites and cost-effectively train staff in how to use one unified system.

SYNERGi’s self-learning capabilities enhanced set-up ROI. After the first unit was configured, the settings were digitally transferred to each system before they were delivered to their individual locations. Once on-site, however, the dynamic sensors on each SYNERGi unit independently optimised those settings to the individual site conditions.

The result will optimise communications power on the red earth of the Pilbara for generations to come.

SYNERGi hybrid power management system, optimised for remote sites in the Pilbara on 22 greenfield sites along the Mount Newman Railway: